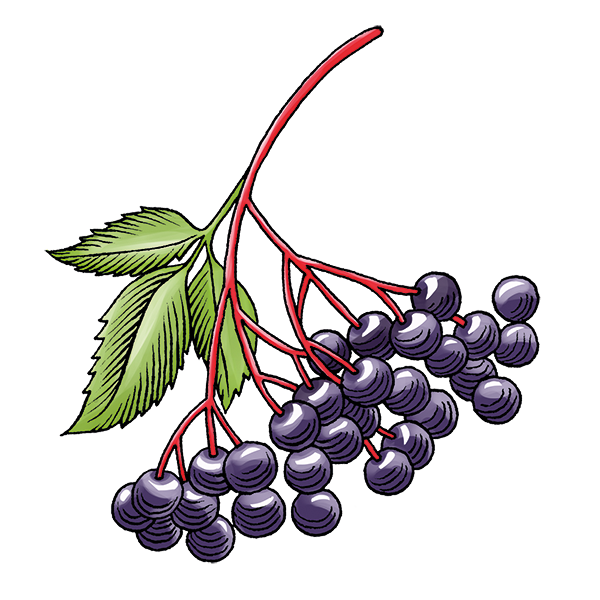 The Ottingers have always loved food, and food production has long flowed through the family’s veins. A company history.
In Lucerne's Seetal valley, Walter Ottiger Senior made Emmental cheese, and his son Walter Ottiger Junior followed in his footsteps. In search of new ideas, Walter Ottiger created a speciality cheese with nuts that is still available for purchase today, 50 years later. At that time, decorating raw cheese with nuts was something of a cottage industry. Under the guidance of Grandma Rösli, many housewives were able to earn a little extra for the household budget in this way.

1974The beginnings
Housewives working at simple wooden tables in the cellar
Today, our cheese is still processed by hand. These days, however, food hygiene requirements are a lot stricter, for example the refrigeration chain must be maintained.

But how did the Ottiger family, originally famed for its cheeses, get its jams and marmalades onto your breakfast table?

The innovative Walter Ottiger diversified his business: in addition to making cheese, he also opened a cheese shop which sold orange marmalade. The popular marmalade, made according to an old English recipe, found its way to rural Ballwil in 1973. When the original producer retired, he sold the recipe to Walter Ottiger. This became the foundation for the production of various types of jam and marmalade.

Walter Ottiger Senior got behind his son's ideas, hung up his cheesemaker’s apron and began to produce delicious jams and marmalades in a converted car garage. At 4 am, long before the annoying wasps got active, Walter would have the ingredients simmering in their pots. In order to protect the relatively unstable electricity grid, production would end around noon with a shared coffee and schnapps.

As the business grew, the lack of space became increasingly problematic, while hygiene requirements became ever stricter. In 1988, a new building was constructed to house both departments.


2000Three generations
Walter Ottiger sen., Walter Ottiger jun., Carmen Ottiger
Katja Ottiger
In 2000, Walter Ottiger handed over the business to his two daughters, Carmen and Katja, who were still quite young at the time. It would be impossible to imagine a better handover to the next generation. Thanks to Walter’s extraordinary trust in his daughters, he was able to withdraw completely from the day-to-day running of the business while remaining available to provide advice and support in challenging situations.

Katja Ottiger ran the business for more than twenty years. She had to overcome many hurdles: the market environment has become harsher, while hygiene, traceability and safety standards, to name but a few, have become more stringent. Today's management team owes its success and steady growth to the solid foundations laid by Walter Ottiger, as well as to the company’s many long-standing employees who have consistently pulled together and risen to every challenge.

Thanks to our constant steady growth, we were able to give our production halls a complete overhaul in 2019, as well as integrating a new filling line. The generosity and flexibility of our employees meant that we even managed to avoid delivery bottlenecks during the implementation of this major project.

In 2022, after a quarter of a century in business, Katja Ottiger handed over the reins of the business to the management team, headed up by Martin Ottiger, Nadine Preisig and Monika Feuerlein. Katja now intends to tackle new personal projects in the fields of nature conservation and sustainable cultivation. She continues to be available to the company as an external consultant.

We delight in proudly uniting tradition and modernity in our speciality products.

1982 Craftsmanship
Walter Ottiger sen. filling jam jars
1988At home in Ballwil
Our production plant has been located in the Lucerne Seetal since 1988.
1992Lid sealing machine
When chromium steel was still indispensable for production
1998Open pots
Our first generation of pots
2000A new millennium
The third generation takes the wheel
2006Time for a break
When we were still allowed to celebrate and eat in the packaging department